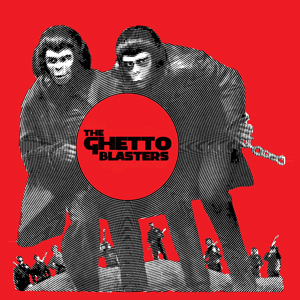 Hot Rocks / Too Loose
by The Ghetto Blasters

The Ghetto Blasters. Mean hi-energy rock & roll influenced by the ’77 punk rock of the Dead Boys, the all-female rock & roll of The Runaways and Japanese underground garage punk icons Teengenerate. As they wrote in their bio: “The Ghetto Blasters plan on going ape in a town near you soon, leaving a trail of empty bottles, infuriated douchebags, and confused bystanders in their wake.” The Ghetto Blasters are Justin Savage on guitar and vocals, Buddha on guitar, Terry Clouse on bass and Patrick Wilkey on drums. The band hails from Chattanooga, Tennessee, USA. It is not the first band the band members play in. Some of these bands are or were: The Fast Boys, Tuff Tits, and the Drug Czars.